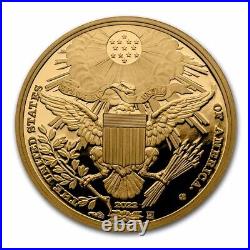 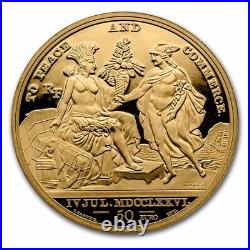 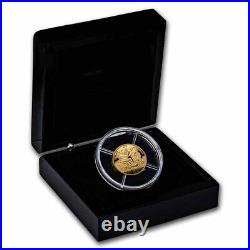 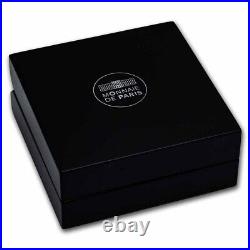 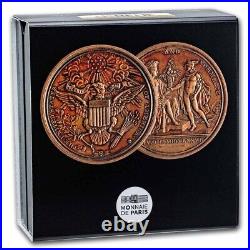 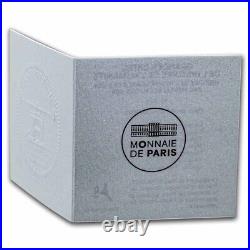 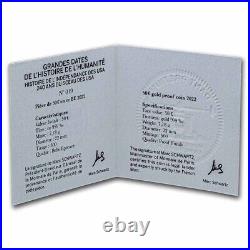 Photos in this listing may or may not be stock photos. The photos are meant to be an indication of the product you will receive. Contains approximately 0.2418 ounces of fine Gold in a beautiful proof finish. Limited mintage of only 500 coins! Packaged in a presentation box with a certificate of authenticity from the.

Obverse: The face represents one of the most accurate versions of the Great Seal: the rays of light piercing the clouds, a white-headed eagle with outstretched wings holding an olive branch and thirteen arrows in the other, symbolizing peace as well as defense through war. The bird is surmounted by thirteen stars, recalling the thirteen original states.

The eagle's head is turned towards the olive branch on its right to symbolize a preference for peace. The banner E Pluribus Unum (Out of many, one) recalls the union of the original 13 states of the United States. Reverse: Symbolized by an Indian princess (seated amidst bundles, an ink), America holds a cornucopia and welcomes Mercury a. Hermes, standing on the left, wearing a cloak and winged cap, the American god of science and commerce. In the background is a sailboat; at the top is TO PEACE AND COMMERCE.

The date of the Independence of the United States is also inscribed at the bottom: IV JUL MDCCLXXVI (July 4, 1776), in small letters below, C. BARBER 1876 the artist who copied F. DUPRE as well as the name of the original artist, DUPRE F. Certified by the Monnaie de Paris.

Protect your capsules from fingerprints by adding these cotton gloves. This beautiful Gold coin would be a great addition to any collection or an ideal gift for anyone who loves American History. The history of American Independency began when the American War of Independence broke out in 1775, when disagreements between American colonists and the British government arose. At that time, an American army was formed and lead by George Washington. The siege of Boston was the first phase of the war of independence, where New England surrounded the city of Boston to prohibit movement of the British troops.

After months of siege, George Washington and the American colonists forced the British to withdraw by sea. The Declaration of Independence of the United States was voted by American colonists and issued on July 4, 1776, which outlined the colonists' motivations for seeking independence. Monnaie de Paris Founded in 1864, not only is Monnaie de Paris. France's longest standing institution, but it is also the oldest enterprise in the world. Today, the mint strikes circulation coins for France, as well as beautiful Gold.

Commemorative coin programs that are each intricately designed works of art. The mint is also home to a museum. That hosts exhibitions, tours and workshops as well as the Guy Savoy Restaurant. 1,359 Item as described.

Rec'd item, looking forward to doing business with again. This item is in the category "Coins & Paper Money\Coins: World\Europe\France". The seller is "apmex" and is located in this country: US. This item can be shipped worldwide.