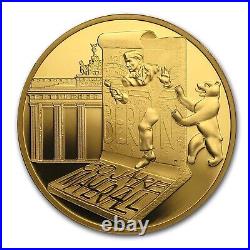 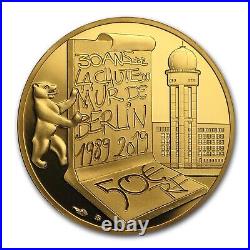 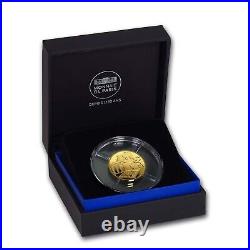 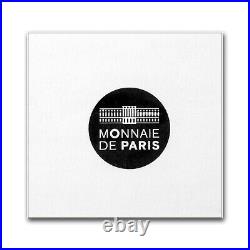 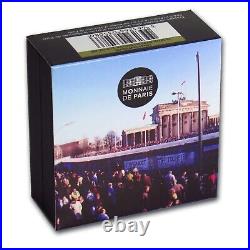 Fall of the Berlin Wall - SKU#186025. Photos in this listing may or may not be stock photos.

The photos are meant to be an indication of the product you will receive. Mintage of only 1,000 coins! Comes in a box with a certificate of authenticity from the Monnaie de Paris.

Obverse: Features the Brandebourg Gate, which was previously on the east side of the wall and is one of the strongest symbols of Berlin & German victory. The center of the coin features a solider holding a rose going through the wall as an allegory of the fall of the wall. Berlin written in a graffiti tag is also depicted. On the bottom of the coin 30 Jahre Mauerfall is written which translates to 30 years of the fallen wall. Reverse: Shows the background of the Berline wall with the words 30 ans de la Chute dy Mur de Berlin and the years 1989 - 2019.

On the right hand side stands the Templehof airport, a symbol of West Berlin. On the left, a bear, the mascot of Berlin city, is symbolically pushing the wall. The face vaule & the RF inscription also appear. Certified by the Monnaie de Paris. This coin is a unique representation of the 30.